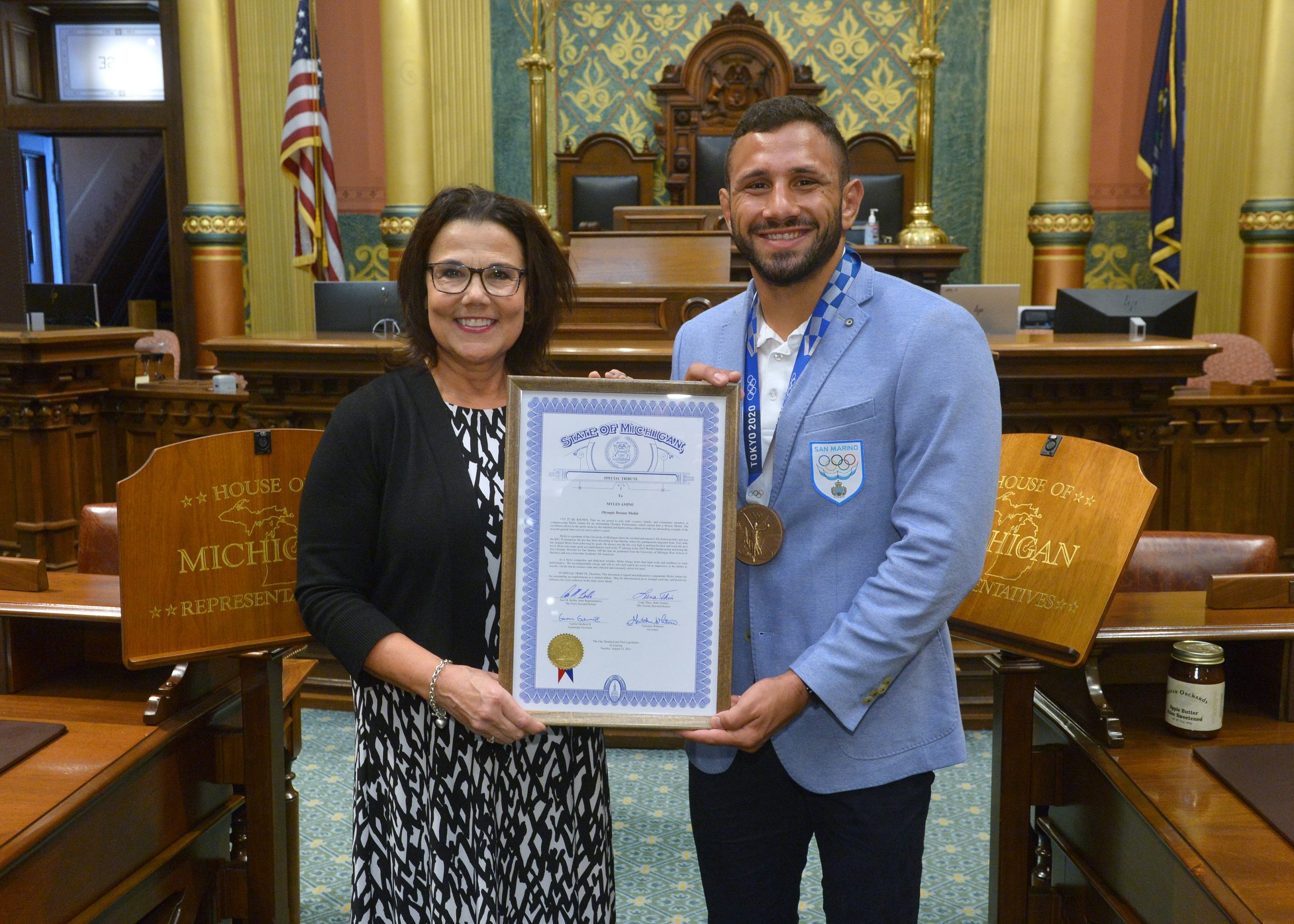 State Rep. Ann Bollin today recognized Brighton native Myles Amine, who won a bronze medal in wrestling at the summer Olympic games. The 24-year-old competed for San Marino in the 86-kilogram freestyle event. Rep. Bollin presented Amine with a state tribute and recognized him during House session. “Very little has stopped Myles from achieving his goals,” Bollin said. “He always sets the bar very high to perform his best and reach the next level.” Myles has many great accomplishments, such as placing fifth at the 2019 World Championship and being the first Olympic Wrestler for San Marino. Off the mat, he graduated from the University of Michigan Ross School of Business and was a four-time Academic All-American.

State Rep. Ann Bollin today said findings from the state Auditor General show the Whitmer administration made key errors that prolonged confusion and anxiety for many Michigan workers as they tried to get needed assistance during the pandemic.

State Rep. Ann Bollin today thanked the hundreds of Livingston County residents who voiced concerns to the Michigan Department of Natural Resources about a proposed gravel and sand mining operation in Genoa Township.