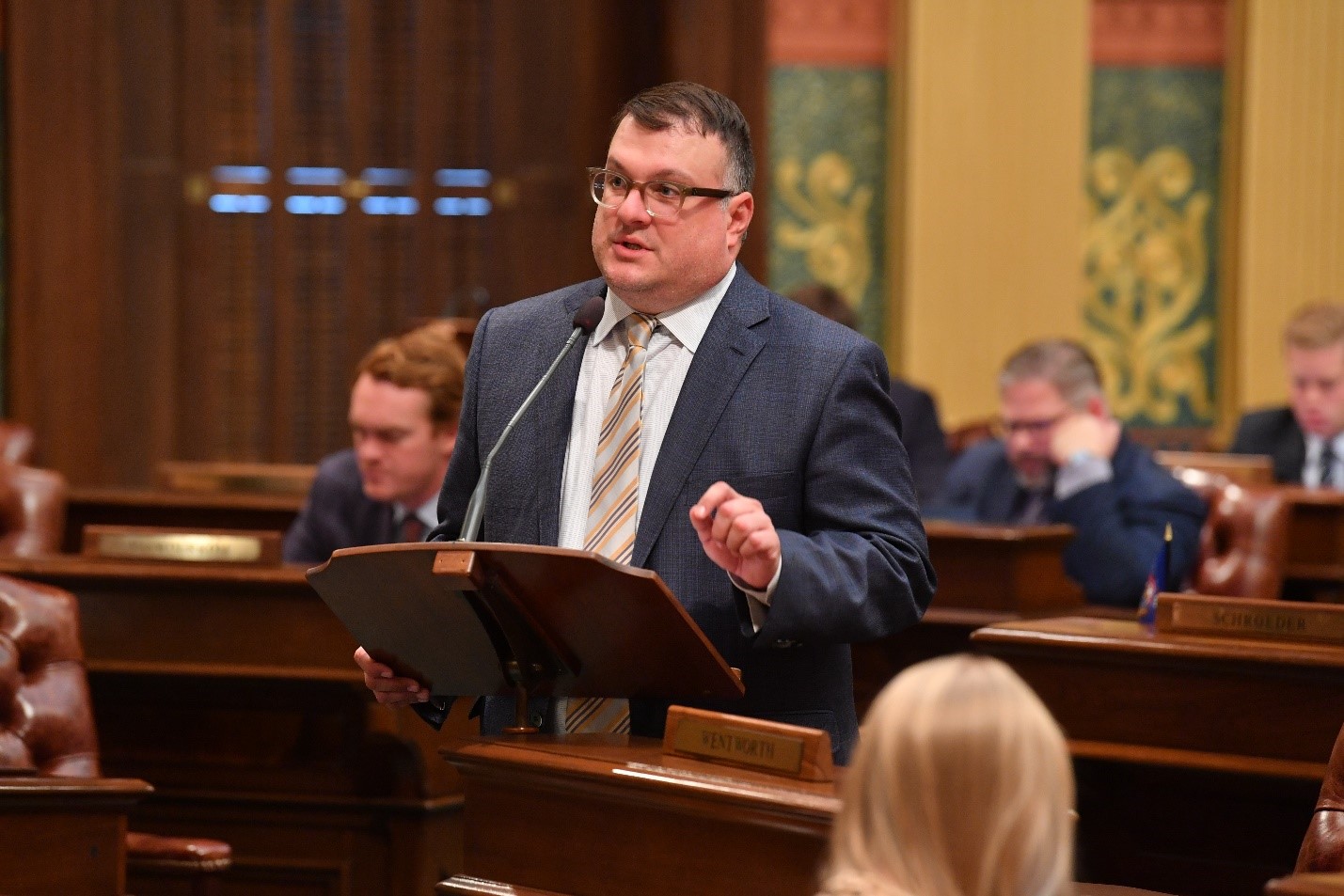 Legislator meets with Kellogg to discuss company’s footprint in community

The company announced Tuesday that it will be moving its global headquarters for its largest corporate entity to Chicago. As part of a split, two other Kellogg entities will stay based in Battle Creek.

Following the announcement and the meeting, Hall said he would like to see more from Kellogg – which has a 116-year history in Battle Creek – to show that additional jobs and opportunities won’t be lost. The second-term legislator said while the company continues to have a footprint in the “breakfast capital of the world”, investing further in the city will spur growth and be beneficial for both parties.

“Kellogg needs to be engaged in the community going forward and demonstrate a commitment to Battle Creek so people aren’t left with uncertainty and wondering what is going to happen next,” Hall said. “The Legislature is doing its part to create opportunities for economic growth across Michigan, including in Calhoun County. Kellogg needs to do its part to show workers and their families that these livelihoods are going to remain here.”

Hall, of Comstock Township, outlined several measures he has fought for in the Michigan House to make Battle Creek an even better place to live, work and raise a family. He is pushing for $13 million in a pending House budget plan using federal COVID relief dollars to redevelop riverfront areas in downtown, and secured $2 million in the current fiscal year budget for renovations to the McCamly Plaza Hotel. The funding works to boost the profile of downtown Battle Creek for prospective job providers, workers and travelers.

As chair of the House Tax Policy Committee, Hall has sponsored and helped advance plans that better position Battle Creek, surrounding areas and the state for transformative economic opportunities.

He voted to advance a measure that dedicated funds to critical industry development and site readiness – which includes utility work and other projects to make land shovel-ready for prospective ventures. The Strategic Outreach and Attraction Reserve (SOAR) fund became law with the governor’s signature, and Hall joined the Legislature in allocating $1 billion to the fund to vie for new projects. The fund can be used to develop sites including the state’s premier megasite in Marshall.

Hall also introduced legislation establishing a research and development tax credit for semiconductors, advanced automotive projects such as electric battery technology, and life sciences. House Bill 5601 would put the state at the forefront of helping establish a domestic semiconductor industry and address a shortage that has severely hampered the country’s auto industry in recent months.

Joe Sobieralski, CEO of Battle Creek Unlimited, told the committee when testifying in favor of Hall’s legislation that none of the 85 companies which comprise the Fort Custer Industrial Park in Battle Creek currently conduct research and development onsite – and the tax credit would be “tremendous” in efforts to diversify Michigan’s economy and bring more activity to the region.

In March, Hall voted for a $4.7 billion plan to spur community and economic development, ramp up broadband access to meet today’s needs, update aging facilities and infrastructure, and more.

“I’m working hard to develop solutions that help communities like Battle Creek become more diversified and viable,” Hall said. “I will continue to pursue plans that allow our state to compete and grow – attracting new job providers and helping existing ones expand.

“These efforts will lay the groundwork for more opportunity and more companies that want to locate here, utilize our strengths and access the talent that we have.”

House Republican Leader Matt Hall, R-Richland Township, welcomes Lynn Chen-Zhang and Charles Zhang to the Michigan State Capitol on Wednesday, Jan. 25. Hall hosted the Zhangs and other honored guests from Southwest Michigan at the governor’s State of the State address.

Aaron Mitchell, the Otsego city manager, poses with House Republican Leader Matt Hall, R-Richland Township, at the Michigan State Capitol on Wednesday, Jan. 25. At the governor’s State of the State address, Mitchell was one of Hall’s honored guests from Southwest Michigan.

Chief Jeff Heppler of the Village of Augusta Police Department, who also serves as a Kalamazoo County commissioner, accompanies House Republican Leader Matt Hall, R-Richland Township, at the Michigan State Capitol on Wednesday, Jan. 25. Hall hosted Heppler and other honored guests from Southwest Michigan at the governor’s State of the State address.