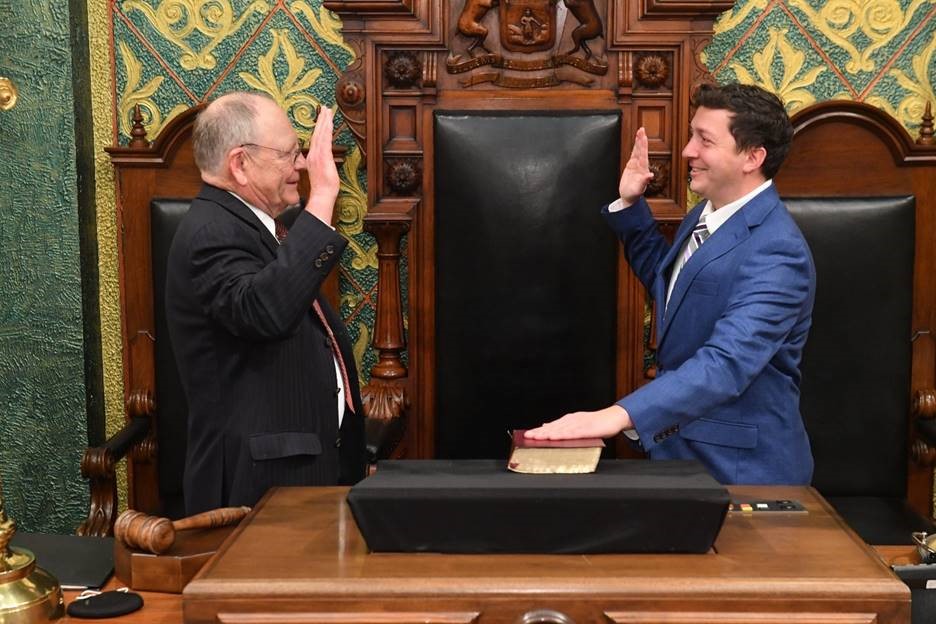 “Throughout the course of our nation’s history, power has continued to transfer to fewer and fewer hands. In order to preserve the remaining values and ideals our nation was founded upon, it’s incumbent on us to return the blessings of liberty back to the people,” Carra said. “With this responsibility, I take an oath to uphold and defend the United States and Michigan constitutions and to represent the people of the 59th District and our Southwest Michigan values to the best of my ability.”

Located in Southwest Michigan, the 59th District encompasses the entirety of St. Joseph County and most of Cass County, including the city of Dowagiac and the townships of Calvin, Jefferson, LaGrange, Marcellus, Mason, Newberg, Penn, Pokagon, Porter, Volinia and Wayne.

State Rep. Steve Carra has been appointed by Speaker Jason Wentworth to serve as vice chair of the Joint Committee on Administrative Rules.

Today marks the 48th Anniversary of Roe v. Wade, which means now is a crucial time to consider ways Michigan can get on board with overturning the outdated ruling – despite having an openly pro-choice governor, stated Rep. Steve Carra.

House Oversight Committee Chair Steve Johnson talks about the Committee’s meeting Thursday to hear from student athletes and families impacted by the ban on most winter high school sports.